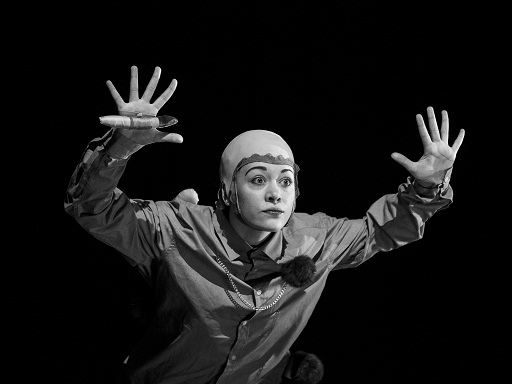 12° North Graduate Dance Company is an Arts Council England funded project hosted at Edge Hill University, which exists to strengthen dance provision in the North West. It is supported by a culture of collaborative working alongside regional partners to maximise existing and emerging graduate opportunities.

Engaging national choreographers and key practitioners, it enhances employability by recognising a hybrid diversity of dance, as suggested by Burns and Hall, and advocates an entrepreneurial approach in preparation for employment.

During the course of the project, Newall photographed the dancers in class, rehearsal and performance. Jaundrill-Scott then filmed the responses of the dancers to the images. This resulted in an exhibition of photography, Class; Rehearse; Performance (2014); and two films, Do You See What I See (2014); Disco(urse) (2015), which were exhibited at, amongst other places, The Lowry Theatre, Salford Quays.

This paper is a dual presentation by Newall and Jaundrill-Scott, and addresses how the teaching of self-reflexivity, artistry and awareness of employability might be taught and enhanced via guided evaluation of photo-documentation and film capture, using it as a feedback mechanism to the graduate dancer’s reflection of self as an emergent professional artist.

From the Exhibition Catalogue:

“Photographs of performance, representing as they do, fractions of a second in a longer live event, edit the flow of an on-going timeline in live performance distilling a full length piece into fractured moments. These fragments are sometimes the only documentation we have of a live event which is finished. Any subsequent viewer must then construe what might have been danced in the time space between the each image. In this sense, photography can never truly document the live event since a viewer will in all likelihood extrapolate out to make a performance which did not actually happen. Looking at a long past dance performance via photograph is therefore like watching by lightning. And performance photographs, as commentators such as Auslander and Sontag have noted, become not representative of the work, but works of art in their own right. The photographer has choreographed via the framing and cropping and editing process. Nevertheless, there is information in each image. And different agencies select images depending on the function to which they put a chosen image. A marketing image will be different from the one selected by a dancer for a portfolio. These images will mean different things to each viewer. The accompanying film details how the subjects of the image perceive themselves in the photographs. For the viewer who has not seen the dance performances they are glimpses, by lightning, of ephemeral performances, which may or may not offer a sense of what the original live performance was like” (Newall, 2014).